The Trip from Kalamazoo
Bil Gilbert
Essays filled with affection, sophistication, and down-home common sense in an engagingly understated style by this prolific naturalist

Bigfoot, buffalo, ringtails, and crows. These are just a few of the things Bil Gilbert, one of America's most preeminent and popular natural history essayists and authors, has turned his attention to during his long writing career.

If you've ever opened a copy of Life, Time, or Sports Illustrated—among many others—you've probably come across an article by Gilbert. Over the last four decades, Gilbert has appeared in more than 350 articles and essays in major national periodicals such as Audubon, Smithsonian, Discover, Esquire, and the New York Times. And he's authored several books, including Our Nature, In God's Countries, and The Weasels.

Gilbert's latest effort, Natural Coincidence , collects some of his finest writing in one place. Gilbert anchors many of his essays in the state of Michigan, where he was born. But his eclectic pursuits range far, and include investigations of the biology of Tasmanian devils, the lives and loves of snapping turtles, sasquatch, and an appreciation of the intelligence of crows.

"More than 50 years ago," writes Gilbert, "without a clear notion about why or where I was going, I set off on a trip from Kalamazoo, Michigan. I am still traveling toward an unknown destination. But along the way, much more for reasons of good luck than thoughtful planning, I have met many wonderful beings and happenings. The essays appearing in Natural Coincidence represent an attempt to describe some of these wonders. I like to think, or at least pretend that the inspiration for and theme of this book is gratitude."

Specializing in American social and natural history, Bil Gilbert has worked as a writer for much of the last forty years. He's published hundreds of articles in major national periodicals, including Discover, Esquire, Saturday Evening Post, and the Washington Post, and he's the author of several books. He lives in Pennsylvania. 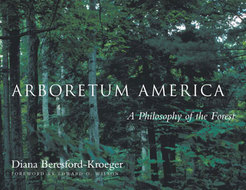