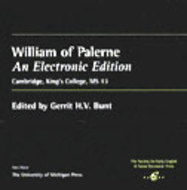 One of the earliest poems of the Alliterative Revival, William of Palerne survives in a single defective manuscript, held at Kings College, Cambridge, which was copied not long after the poem was composed. Dated between 1335 and 1361, this courtly romance, rich in fantastic adventure, is an adaptation of the French Guillaume de Palerne, composed circa 1200. Critics have praised the poem's charm, its humanity, its sensitivity and humor, and its sympathetic and lively portrayal of its protagonists.


In addition to offering the modern scholar access to a color facsimile of the original manuscript, the electronic William of Palerne enables users to view the text in various modes and switch easily from one mode to another. In the Diplomatic style, users are able to view an exact transcription of the original text without emendations or corrections.


The Scribal and Critical styles show corrections and notes, and the AllTags style displays both scribal and emended forms. This electronic edition also allows complex searches and manipulations of the text through use of the underlying SGML-encoding.


This project conforms fully to the 1994 Text Encoding Initiative guidelines.

Until his retirement, Gerrit H. V. Bunt was Senior Lecturer in English, University of Groningen, the Netherlands. 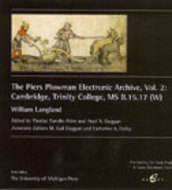 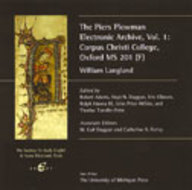